I have always had a fiercely independent attitude. It is the legacy of too much indie music as a student and a Carter USM haircut.

As a result I railed against the ubiquitous iPhone and signed up for the Android revolution. Android is a mobile phone standard created by Google.

There is quite a bit of geekdebate as to which is better, iPhone or Android. It is like the C64 vs Spectrum playground arguments of the mid ’80s.

Actually that analogy doesn’t really work. The open standardization of Android makes it more like the neglected MSX competitor. Only MSXes were crappy. And nobody had one or at least they never admitted to it if they did. 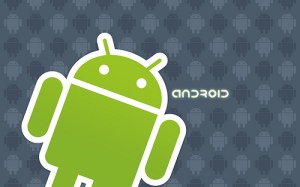 Android though has already established itself as a credible threat to the iPhone empire. I am pleased to report also that application developers are increasingly developing Android versions of their apps now.

For example, my best friend WordPress, have now provided an excellent blogging app that has enabled me to effortlessy ramble this post on my HTC Hero mobile while on the bus to work.

So if you cannot bring yourself to join the Apple masses sign up for the Android revolution instead.